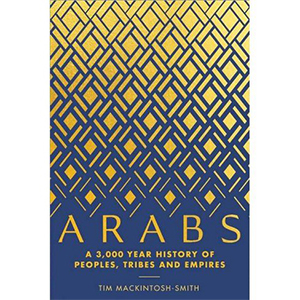 in conversation with Gareth Richards

Tim Mackintosh-Smith has written what is widely acknowledged to be the best single-volume history of the Arabs in the English language. Arabs covers almost 3,000 years of history and shines a light on the footloose Arab peoples and tribes who conquered lands and disseminated their language and culture over vast distances. Meet the author as he reflects on how history has shaped today’s politically fractured environment and the dynamics of unity and disunity.

Tim Mackintosh-Smith is an eminent Arabist, translator and traveller whose previous publications include Travels with a Tangerine also a BBC documentary series) and Yemen. Now based in Malaysia, he has lived in the Arab world for thirty-five years.

Refreshments will be served

There are no upcoming events at this time.